Today was a very informative day for all of us! We went on a Campus tour of the University of West Indies, Mona Campus. Along the way, we made some new friends and had some delicious coconuts!! 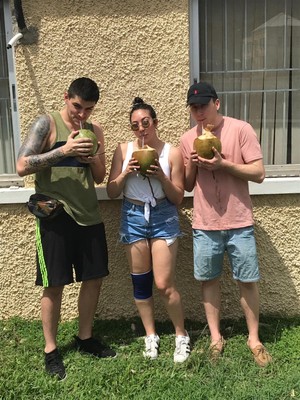 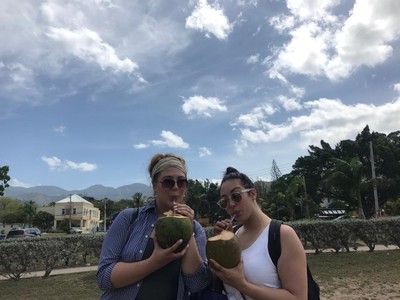 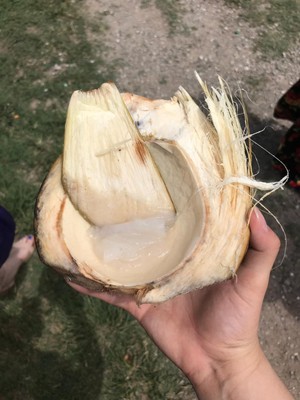 We learned about the buildings on campus, including the library, which was very beautiful, as you can see here: 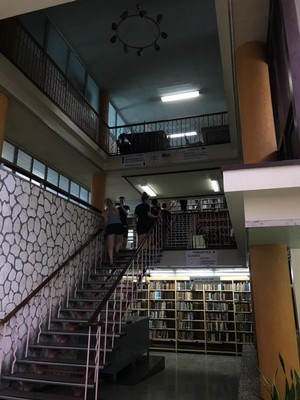 This library on campus is open from 8:00am until 6:30am the next morning. This was super shocking to learn about, since at Humber our library is not accessible to that extent. The hours of operation alone tells us about the intensity and high expectations that UWI has for its students.

Our host, Dacia Leslie, Research Fellow at the Sir Arthur Lewis Institute of Social and Economic Studies (SALISES) at UWI, then took us to the University of West Indies Museum where we learned about the history of student protests, and briefly spoke with Ambassador Bernal, the Pro Vice Chancellor of Global Affairs at UWI. 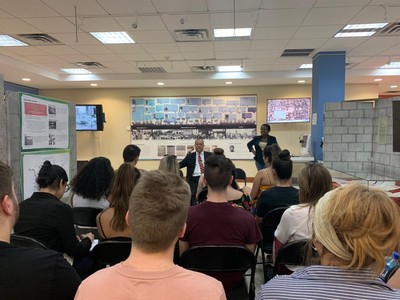 Before lunch, we were greeted by the Director of SALISES, Professor Aldrie Henry-Lee. After lunch, we headed straight into lectures. We listened to four speakers. The first lecture (by Sergeant Craig Welsh from the Jamaica Constabulary Force--JCF) was about community based policing, which is a concept that those of us in the Criminal Justice program are very familiar with and can advocate for its effectiveness. The second speaker (Deputy Superintendent Carl Berry from JCF) focused on human trafficking from an investigative perspective. He highlighted the lack of academic research surrounding the topic, and how Jamaica was the first country in the Caribbean to have its own prevention of Human Trafficking focused unit as part of its police force. This made us all think - and realize that it really is a topic that is seldom spoken of in the academic world. The third lecture was delivered to us by a Correctional Officer (Overseer Noel Beckford), who explained the importance of rehabilitation of offenders within the correctional system. He spoke about reintegrating and rehabilitating inmates through workplace programs and providing educational opportunities in order to attempt to reduce recidivism in Jamaican Society. This is similar to theoretical frameworks that many of us have studied at Humber. The final presentation was a bit different, and not directly associated with the criminal justice system, but instead ties together all of the ideas that our previous lecturers spoke about. The lecture was about the UWI film project, an 8 week program where impoverished youth are approached and offered the opportunity to learn how to create films, from writing out ideas all the way into post production. After the 8 week course, the youths break up into groups and have 4 weeks to develop a film of their own, which is then showcased in a film festival. This program assists in providing youth who have many systemic barriers with the opportunity to network and intern with the local television station. At the end of this lecture, we viewed a trailer for one of the films in the upcoming festival, entitled "Children of the Incursion". This was a powerful trailer about a film that highlights a grave wrongdoing of law enforcement that caused severe trauma in many individuals, especially children.

The end of the lectures marked the end of our day. We broke up until after dinner and had our group debrief, and celebrated Andrew's birthday!! Here's a photo of Andrew and Ivan hanging by the pool while waiting for breakfast this morning: 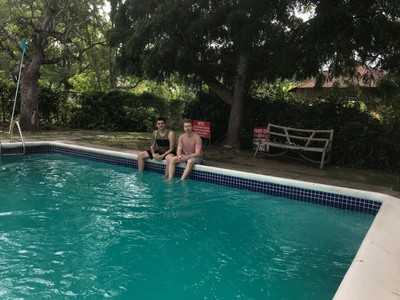