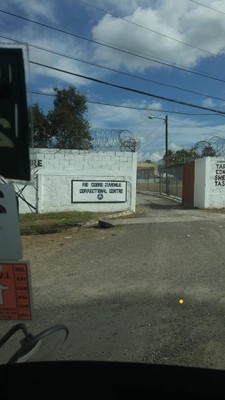 Today we volunteered with the We Transform Labour Day project at the Rio Cobre Juvenile Correction Centre. The 'We Transform' project aims to reduce the number of youth to reduce recidivism and successfully reintegration young offenders in their communities and society. They do this by engaging youth in mentorship programs, vocational training in fields such as carpentry and agriculture, and educational engagement. 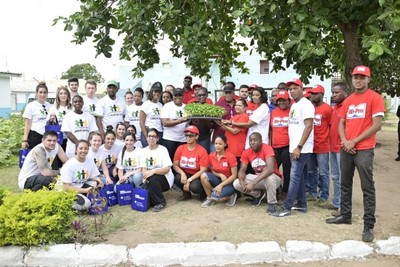 When we arrived at Rio Cobre, we were greeted by security. We were instructed to leave significant valuables (i.e. cell phones) in a secure room away from the rest of the institution, and were given themed t-shirts that we were required to wear; courtesy of We Transform. We were all pleasantly surprised by the open nature and colourful appearance of the facility, which differs greatly from the grey and gloomy facilities we tend to see in Canada. Rio Cobre had colourful buildings with inspirational messages painted onto the walls. 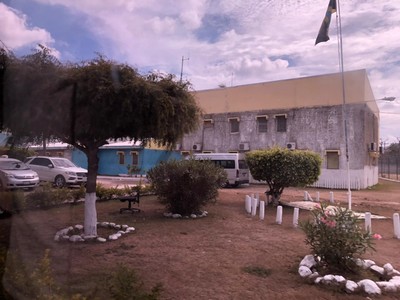 We were then led into the facility classroom, where we were introduced to the Facility superintendent, Martin Dryden. We also met up again with the director of the We Transform project, Ella Ghartey and the Minister of State from the Ministry of National Security, Hon. Rudyard Spencer. His appearance was brief, as he was also scheduled to attend the other Juvenile Correction Centres as part of the We Transform project. Before his departure, he expressed his deep gratitude towards us at Humber for coming out to volunteer for the Labour day project. We also provided the boys with some gift bags as token of our appreciation. 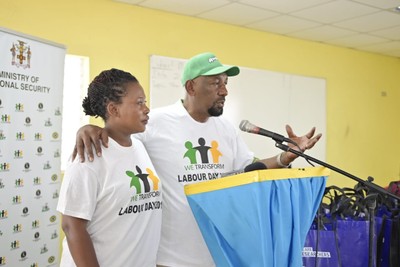 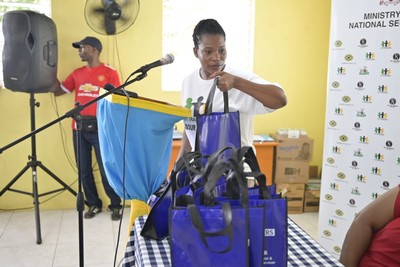 The labour day project consisted of two components - one was agriculture and planting crops, while the other had surrounded takng care of newborn chicken and building their coops in order to prepare for the boys to raise them. The chickens and plants were donated by Hi Pro which a large Jamaican company that sells agriculture and farm products. Our group only assisted with the former. After the debrief, we were split into two groups - consisting of agricultural work (planting crops). Both groups responsible for agriculture planted various crops in the freshly dug up gardens of the facility; including bok choy, peppers, tomatoes, iceberg lettuce, and callaloo. While taking part in this activity, we were able to interact with a number of youth offenders who shared their backgrounds and interests. The boys also asked about Canada, including how multicultural it is, how the weather varies from season to season as well as the variety of cultural cuisines available at our disposal. After wrapping up the planting portion of the day, the boys were given a tutorial on how to care for the crops in the coming weeks after planting them. This indicated that the youth offenders have significant roles and responsibilities when it comes to caring for the facility, as well as their vocational training. 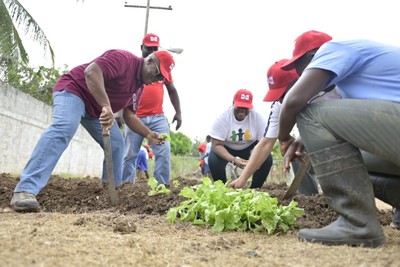 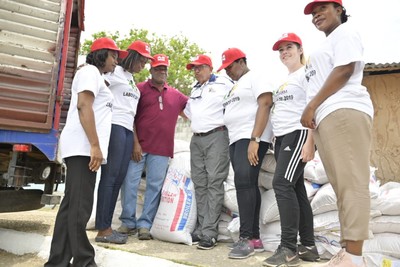 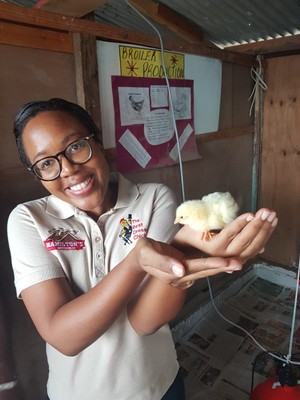 Lunch commenced shortly after the tutorial; it consisted of barbecue chicken, rice and peas, and salad. The group ate together on the adjoined picnic tables, and a rigorous thunderstorm ensued shortly thereafter. For approximately one hour, the group congregated itself under a large tent, which did not seem to make much of a difference, as the pouring rain was much too consistent - soaking us in the process.

After the rain let up significantly, the group branched off to play a game of basketball with a couple of boys in the facility. Although conditions were wet and sticky as a result of the aforementioned storm, the game was very fun nonetheless. After about an hour, the group then wrapped up the jam-packed day with a game of soccer with other boys from the facility (including some who played basketball, as well).

While this game was going on, a different group of students spoke to some of the correctional officers who work at Rio Cobre. They educated us on some of the strategies and programs they use at the facility to assist in rehabilitation. They spoke about activities such as yoga being offered, as well as a "model boy dorm" - where boys who display good behaviour are granted a separate dorm with extra activities available to them. We concluded as a group that the staff at Rio Cobre collectively take a rehabilitative approach to young offenders. They ensure that they are doing their best to assist the young offenders in taking a new path in life. 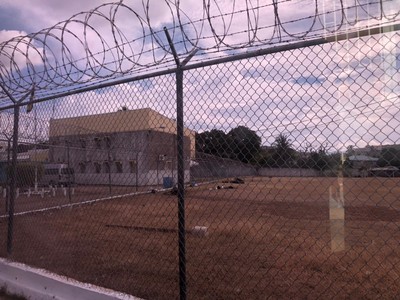 Posted by fscs_jamaica 15:34 Archived in Jamaica