We started our day with our bus driver losing his keys resulting in us being late to our second volunteer day at Boys Town Infant and Primary School in Trench Town. Even though the children were suppose to be on break until next Monday, many students and parents still showed up for a day of sports, arts and crafts, getting to know you activities, and reading & counselling provided by the group. We all split up into different sections, and facilitated activities with the kids. 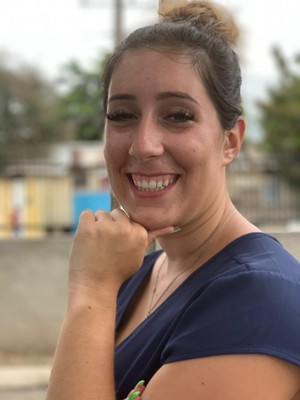 One of the first activities we did was sports. After asking the group of boys what they wanted they wanted to play, it was easy to see that football was their number one choice. By football, we mean soccer for those who don't know. After dividing the group into two teams (kids vs us) we played one of the most memorable games. Surprisingly, the boys were actually very talented when playing. They were sure to make us break a sweat and keep us on our feet. The experience as a whole was very enjoyable with everyone cheering and encouraging each other when good plays and/or goals were made.

Another activity that we was conducted at the same time was arts and crafts. We brought the students into the classroom and started to prepare our activity. We asked the teacher who was present at the time if there were any arts and crafts materials we could use with the kids to which she replied by stating she only had a few pieces of paper. Thankfully, we brought some colouring books and crayons to donate to the school that we were able to use. We interacted with them by working on their basic colour recognition. For those who didn't want to participate we had them point out different letters and numbers. There were some students who didn't finish colouring in time so we let them take their pictures and a selection of their favourite colours home to finish their work. Throughout out our time with them we noticed that they were very inclusive and helpful with one another.

One of the other activities offered to the students was reading. Once we brought all the kids together, we focused on reading books and stories to them. Thankfully all the kids were very involved and interactive throughout the readings! One issue we did come across however, was running out of stories to read. Thankfully we were able to redirect and find other activities to do like colouring and games. While there were some arguments, we found that our redirection worked overall to help keep the kids occupied.

One of the last activities we facilitated with the kids was a getting to know you session. This session was supposed to be focused on a variety of ice breakers however as the kids we had were of younger ages, it was quite difficult to do so. We focused on colouring and positive reinforcement. We utilized a reward system of stickers to promote positive behaviour and encouraged the kids to participate in the activities we did. We found that as the session went on, the kids loved receiving the stickers and often followed through with what was asked. When they were no longer available we found many of the kids began to act out and not participate as much.

The last activity that was facilitated went in a completely different direction. We provided an opportunity for the parents to get together and speak about issues they had with their children. This was an eye opening experience for all of us who participated. With the help of Humber faculty, the sessions went by amazingly. To begin, we brought all the parents into the same room and gave them an opportunity to speak about issues they are having with their children. To our surprise all of the parents were very eager to participate, ask questions, and ask for our advice. We worked on explaining theories that we have learned and provided simple activities they can do with their kids to help encourage and promote positive behaviour. We then had an amazing opportunity to find a closed room and take parents in for individual sessions. These were eye opening as the parents explained trauma, and past experiences to both themselves and the children. With this information we were able to give them more specific and detailed advice on how to help get the children out of behaviours. 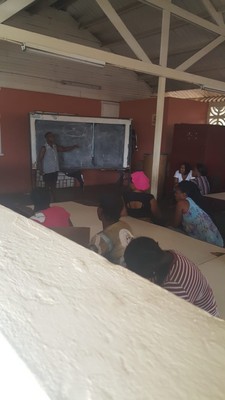 Unfortunately a theme we came across was not being sure of policies and procedures that were put in place to the school. This made it difficult when children asked to go to the bathroom and go see their parents as we were not sure how to answer their questions, and often found ourselves going to confirm with teachers and other faculty a lot. Additionally, like yesterday, another thing we noticed was the consistent lack of water around the school. This was most prevalent during the soccer match as it was very hot and the constant physical activity was draining for everyone. We had many students asking us for water so we decided to split what we had as best as possible.

We wrapped up our time at Boys Town around 2:30 where we then made our way to a meeting with the Jamaican Constabulary Force where we spoke to Deputy Director Desmond Brooks. During our time we spoke about various topics such as the prevalence of firearms in Jamaica, the JCF involvement in Zones of Special Operations (ZOSO), youth diversion from the justice system and the overhanging cloud of corruption that surrounds the JCF. The main pieces of information that stood out from this discussion was that in the parish of St. James, from January 2016 to December 2018, there were 259 people charged for murder. Out of the group, 140 of the perpetrators were within the age range of 12-25. This is just over half of the total group and emphasizes the importance of crime prevention and intervention in ones youth years. Additionally, it was interesting to see the response of the Deputy Director when questioned about the public perception that there is a significant amount of corruption within the JCF. He stated that no matter where you look, there will be some degree of corruption. However, the JCF takes every measure through their oversight bodies to reduce it as much as possible. 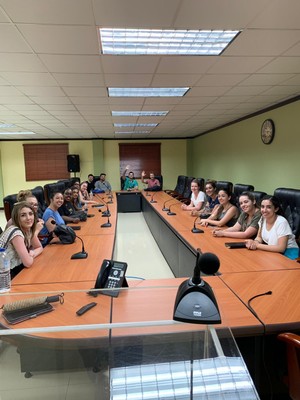 Overall today session left an inedible impact on the group. We all learned how to deal with different behaviours and had a very specific debrief once the day was completed. We all spoke about why we think children began engaging in negative behaviours at times and analyzed trauma in regards to how that could make an impact on daily behaviours of the children.